Handing Out Cash to the Grandkids – Is There a Better Way? 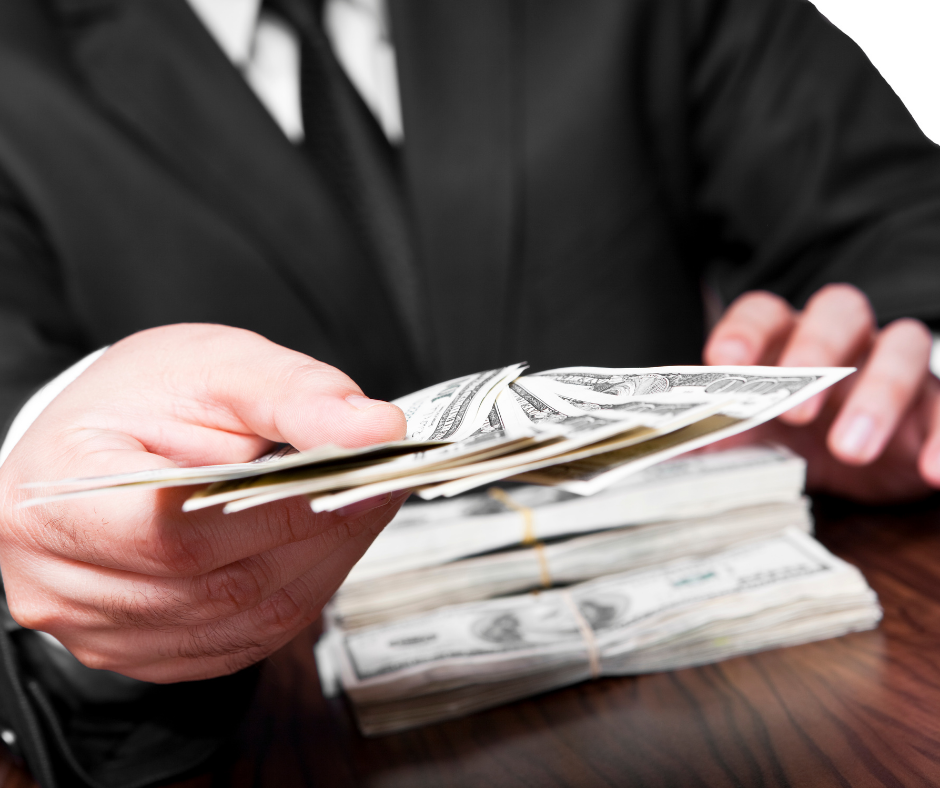 Handing Out Cash to the Grandkids – Is There a Better Way?

“One, Two, Three, Four and Five! That’s it, five envelopes all ready for the grandkids.” Ed smiled as he visualized each of the two boys and three girls, ranging in ages from 5 to 12 years, who make up the majority of his extended family. They are his children’s children and the envelopes represent the monetary gifts that Ed and his wife, Linda will gift to the grandkids when they arrive en masse for the Jewish holidays.

“We’ve been giving New Year’s gifts for years,” Linda says.  “But this year I want to do something to make it more meaningful. It’s not just the money. It’s the ‘Money Message’ that I want to share as well.”

Linda is referring to a structured program that combines gifts of cash with personal responsibility. Developed by financial expert and grandmother, Marie Burns, (“What Simple Stories Can Teach Grandchildren about Money,” JULY 27, 2021 “Sixty and Me” and “Managing Money,”),

The Money Message was designed by Ms. Burns, whose grandchildren call her “Mimi”. It’s a simple and straightforward program that incorporates role modeling and storytelling into money –based conversations so that her grandchildren can learn the basics regarding money. It’s a process that “Mimi” defines as “Save, Spend and Give.”

Marie Burns describes the grandparent-grandchild relationship this way. She says, “As grandmas, we often have teachable moments with our grandkids. Think of your own life or how often you have heard others say, “I learned X from my grandma,” or, “She was the one who taught me how to do Y,” or, “I was really close to my grandma.”

It was Ms. Burns’ memory of her relationship with her own grandparent that led her to develop a similar bond with her grandchildren – one that would teach them about earning money and using it wisely.

Marie Burns says that “In order to save, we have to earn money in the first place. Working to earn money is a great way to help children start practicing Save, Spend, Give.”

Back to skeptical Ed who is still somewhat reluctant. “So you’re telling me that we don’t just fill the envelopes with cash and hand them out? Linda nodded a vigorous “yes” and described how “Mimi” Burns’ Money Message program works.  “This year,” Linda said, “We’ll start with the kids sitting with us in a circle and I’ll begin. Ed, you and I will tell stories about how we earned money when we were kids. I’ll talk about how my Bubby paid me for dusting all the chachkes in her cabinet!”

Ed jumped in. “And I’ll talk about how I mowed lawns and folded the laundry.”  Ed and Linda recalled how they each received an allowance that was contingent on chores they completed each week.

Ms. Burns suggests that the personal stories shared by grandparents form the opening for grandchildren to share their earning experiences and that often children are eager to brag about all the things they do to earn spending money.

“Earning to Save” is an important first step in the Money Message plan.  Here Ms. Burns guides grandparents to continue the discussion about the things the grandchildren bought with the money they earned.  Did a grandson save his earnings to buy a new scooter? Did a granddaughter work hard to earn the price of a concert ticket?

Marie Burns emphasizes that Step Two, “Saving to Spend” is an integral part of the Money Message program. She says, “Delayed gratification is a huge life lesson learned when saving money. It reinforces and helps us practice learning to live within our means, a hard lesson our society today would do well to live by.”

Finally, the essential third step is what Ms. Burns terms, “Saving to Give.”  The benefit of earning money and having it available establishes the opportunity for our grandchildren to help others in need. From the days when we grandparents collected coins for the Sunday School Tzedakah box, our Jewish traditions of charitable giving  and volunteering for public service have informed our lives – a Jewish value worth discussing with, and perpetuating through our grandchildren.

Based on the Money Message program Linda and Ed are preparing to offer their New Year monetary gifts in a new way.  Linda plans to open a grandkid-led discussion of earning money, prefaced by Linda and Ed’s personal experiences. They expect that this sharing will lead to a discussion of saving for special purchases and improving the world through charitable giving.

Frustrated by mindless giving to children and grandchildren a client once said to Ms. Burns, “Money isn’t everything, but it sure keeps the kids in touch!” Ed and Linda are trying a new approach.

“So we’ll give out the envelopes,” Ed says, “AFTER we talk with the grandkids.”  Linda agrees. “We have the blessing of being able to give money to our grandchildren. Now they can learn the blessings of using that money wisely.”

For ten years Rabbi Barbara Aiello served the Aviva Campus for Senior Life (Sarasota, FL) as resident rabbi. Her most popular columns are now published in her new book, “Aging Jewishly,” available on Amazon books. Rabbi Barbara now lives and works in Italy where she is rabbi of Italy’s first Reconstructionist synagogue. Contact her at Rabbi@RabbiBarbara.com