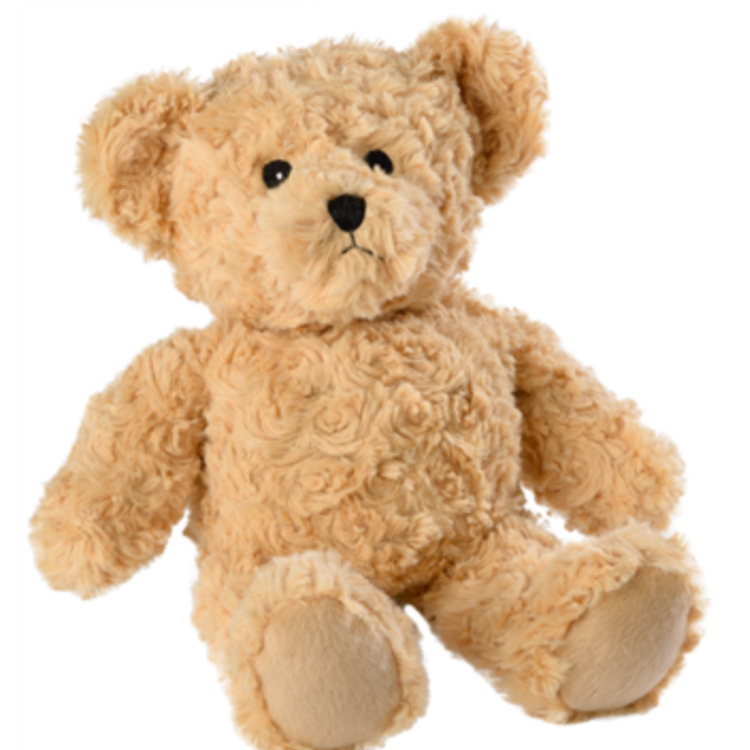 The Teddy bear got its name from President Theodore Roosevelt, who was an outdoors-y kind of guy… fishing, hunting… especially big game hunting which was quite popular at the time.

The year was 1902 and President Teddy Roosevelt was asked to serve as mediator in an important territorial dispute.

It seems that the state of Louisiana and the state of Mississippi were having a huge disagreement about the common boundary they both shared.  Both states claimed the same piece of land so the governors of both states asked President Roosevelt to come and settle things.  Which he did, and since, in those days it was a long slow trip to go all the way to Mississippi, the President thought he’d combine his work with a little play. So, he planned a vacation to include a five-day hunt for black bear.

They found a bear cub, captured the cub and tied it to a tree. “There,” they thought, “We’ll save the president’s reputation and give him a bear that’s easy to shoot.”

But when Teddy Roosevelt saw what they had done, he refused to shoot the little bear. No way in the world would he hurt that little cub.

When the reporters wrote the story about Roosevelt and the baby bear, Americans all over the country were proud of him. The newspapers were filled with the story, complete with drawings of the big, strong president saving a little tiny bear.

One person who read this story was a woman named Rose Michtom. She and her husband, Moshe, who was also called Morris, had escaped from Russia where the czar was persecuting the Jews. After a long and arduous trip they arrived in New York City in 1887l

Rose and Morris opened a little store where they sold notions and penny candy.  And at night Rose would sew up little toys and sell those in the store as well.

“Look at this,” Morris said as he held the newspaper under the lamp. “Look, Rose, at this cute little bear.”

“How wonderful is America that the president should be such an example of gimilut chassidim, of “loving kindness? How wonderful that he shouldn’t shoot a baby bear.”

Rose looked at Morris with tears in her eyes.  “Moishe-le, we have truly come to a wonderful country.”

That night, after Morris went to bed, Rose got out her sewing box, her pins and her needles.

She found a pretty piece of velvet and cut and stuffed it into the shape of a bear.  She sewed on shoe button eyes and gave it a bright pink smile.

And in the morning she showed it to Morris.  “Look, Moishe-le! Nu! So how do you like the bear of my president? I call him “Teddy’s Bear!”

Morris put “Teddy’s Bear” in the store window and five minutes later 12 people wanted to buy him.  By the end of the day, 44 people had put in orders for “Teddy’s Bear.”

“Rose-le,” Morris said.  “We have problem.  Maybe the great President Roosevelt won’t be so happy that we named our bear after him. What if he’s offended? What if he don’t like it?”

So Rose and Morris wrapped up the original bear and sent it to President Roosevelt. They wrote a letter to the President, too.

“Dear Mr. President, We have made a bear in your honor and we are using your name. We call our bear, “Teddy’s Bear,” and the people here in Brooklyn seem to like him. So we’re selling a few.  Please keep our original bear and give him to your children. We hope it shouldn’t be so bad that we use your name. Sincerely, Rose and Morris Michtom.”

In a few days a letter came back. “Look, Rose, from the White House!”

In the letter President Roosevelt said how much he loved his “Teddy bear,” and that they could make and sell all they wanted the president said that Morris and Rose could use his name, “But I doubt that my name will help your sales effort!”

Little did he know.

So Rose sewed the bears and Morris displayed them in the window and the demand was so great they couldn’t keep up.  So they shut down the store and the candy business and made Teddy bears full time.

And the bear became so popular that throughout Roosevelt’s presidency, Teddy bears were on display at every White House function.

And what about Morris and Rose?  Well, they made a little company, maybe you heard of it, called Ideal Toys, which stayed in their family until the 1970’s.

And throughout all their success, Rose and Morris never forgot how they came to America and how they could live in peace and freedom as Jewish people.

And what about that very first Teddy Bear?  It was treasured and saved by the Roosevelt children, grandchildren and great grandchildren and you can see it today if you go to the American History museum at the Smithsonian Institution in Washington, DC.

And the second Teddy Bear, the one Rose made after they sent the first one to the President? Morris thought Rose had sold it, but really she hadn’t.  She hid it away until December. Rose gave the second Teddy Bear ever made in the world to her beloved Morris on the eighth night of Chanukah, in December, 1902.

So let’s enjoy our menorahs and candles, our dreidels and our gelt and this year, add a Teddy bear. Because now you know that a Teddy Bear is a Jewish bear and just like Rose gave to Morris, a Teddy Bear is the perfect gift for Chanukah…