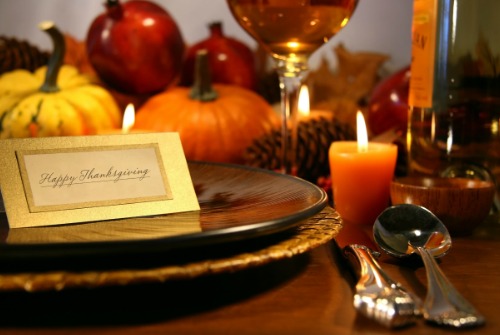 Can We Bring the Generations Together with a New Diaspora Calendar?

Long before Covid complicated Jewish observance, there were ominous signs that participation in synagogue life, especially Holy Day and festival services, was on the decline. Dependent as we Jews are on the Hebrew calendar, rabbis and congregants found themselves at the mercy of the secular Diaspora agenda – so much so that in 2021 we tried to shoehorn a first day Rosh Hashanah celebration into Labor Day and a Chanukah festival three days after Thanksgiving. Could it be time to bring the generations together with a new Diaspora calendar?

Consider this. Young families who traveled long distances to Thanksgiving dinner at bubbe’s house often faced school and work responsibilities in the following week and could not remain for Chanukah. The result? For many families the “l’dor v’dor” experience of sharing the Festival of Lights with the generations was lost.

In recent years some synagogues have confronted the problem head on by adding parallel services and celebrations on weekend days so that a majority of congregants could attend. For example, in 2021 Purim fell on secular February 25 – a Thursday evening. To combat the obvious lack of participation they were sure to face, a number of synagogues offered a Purim observance on February 28, the following Sunday afternoon. From Boston, to Atlanta to Shreveport, Louisiana, synagogues sidestepped the Hebrew calendar and opted instead for a calendar date that made Diaspora sense.

Emphasizing the crisis facing synagogues post Covid, Jewish Journal editor and author, David Suissa asks, “How Will Synagogues Reinvent Themselves? (Hint: It Won’t Be with Zoom)” (11/4/21). Suissa says, “The vast majority of American synagogues are looking at an uncertain future … In short, synagogues will improve their odds of bringing back the crowds if they open up to new ideas and new thinking.”

One idea might be a Diaspora Calendar that would create the opportunity for more Jews to participate consistently in synagogue life. That means that for Rosh Hashanah, Yom Kippur and all the Jewish holidays, congregants would have the option to attend a lay led service on the Hebrew date, or a Diaspora service that would fall on the same day or the same weekend every year.

Here’s how it works. Rosh Hashanah can occur any time between September 5 and October 5, which accounts for our annual musings, “The Holy Days are late (or early) this year.”

Or what if Erev Rosh Hashanah always fell on the third Friday of September so that the two day New Year observance as well as Kol Nidre and Yom Kippur consistently occurred on weekend days?

How was your Chanukah this year? Was the transition from turkey to latkes a smooth one? For many Jewish families this year’s Chanukah was a challenge, not only because it fell so close to Thanksgiving, but because both the first night and the eighth night, when traditional Chanukah celebrations often are held, were also school and work nights. Not to mention that the entire eight day celebration was especially challenging for families that had to navigate between Jewish tradition and secular society. But what if Chanukah were consistent as well, occurring at a time when secular society is celebrating a national holiday?

Given that Chanukah can begin as early as late November or as late as early January, securing the holiday at a time consistent with school vacations and reduced work schedules might offer families the opportunity every year to bring children, parents and grandparents together.

If Chanukah fell annually from December 21 through December 28 there would be time for our families to hear the stories, to kindle the light and to give a beautiful Jewish event the “kavanah,” (attention) that it deserves while rekindling traditions that form the bedrock of a vibrant Jewish life.

A radical idea? Not really, especially when we consider what some historians believe actually happened during the time of the Maccabees, when Jews rescheduled an important Jewish holiday to a more convenient time.

In 2005 Rabbi Mark Glickman penned an article in the Seattle Times that posed the question, “Why is Hanukkah eight days long?” Rabbi Glickman explains that the answer is found in the observance of another Jewish holiday, the festival of Sukkot. The rabbi writes that “Sukkot is an eight-day celebration that usually occurs in September or October, when Jews were supposed to have made pilgrimages to the Temple to offer sacrifices to God.”

However, because the Temple was under siege, the Jews could not observe Sukkot. Approximately two months later, after the Temple was restored, the elders of the community decreed that Sukkot would be celebrated at a different time. The Jews would adjust their festival dates to observe the eight days of Sukkot in December, in the Hebrew month of Kislev. So significant was this change that the holiday that year was known as Sukkot B’kislev, or December Sukkot!

Could it be that the Covid pandemic brought about a crisis in Judaism as monumental as the Temple under siege? David Souissa thinks so. He writes, “When the Second Temple was destroyed nearly 2,000 years ago, our religion went through another earthquake … (but) we overcame that destruction by being creative, resourceful and resilient. … We survived by staying connected, to our tradition and to one another.”

Our person to person connections form the foundation of Jewish life. Our Hebrew calendar, perfect as it is for Israel, is an obstacle in the Diaspora. It is worth considering a Diaspora calendar and, with Sukkot B’kislev as our guide, this time of upheaval could be the right time for a change that would revive synagogue life by meeting the needs of Diaspora Jews.

For ten years Rabbi Barbara Aiello served the Aviva Campus for Senior Life as resident rabbi. Her most popular columns are now published in her new book, “Aging Jewishly,” available on Amazon books. Rabbi Barbara now lives and works in Italy where she is rabbi of Italy’s first Reconstructionist synagogue. Contact her via email HERE