Meet Our Synagogue Board of Directors

The  word synagogue is an interesting combination of two Greek words: syn, which means together and agein which means to lead.  A synagogue’s commitment is “to lead together,”  and it is the Board of Directors that provides the impetus for congregational leadership.

It is with great pleasure and pride that we introduce you to Sinagoga Ner Tamid del Sud’s dedicated, diverse and capable leadership team. 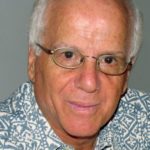 Born as an identical twin during the Nazi occupation of Italy, Professor Dr. Enrico Michele Mascaro survived to become a champion for children who faced economic, emotional and spiritual challenges as well as a dedicated historian whose depth of knowledge of his beloved Calabria has earned him the respect of those who live and work in Italy’s most depressed area.As a student then a teacher in Turin, Mascaro worked with children who were challenged by polio or who had lost limbs to land mine explosions that plagued Italy after World War II.Mascaro combined his skill as a teacher with his 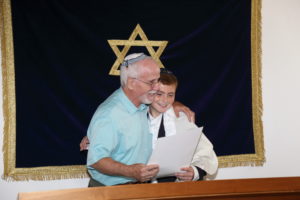 expertise as a historian, earning a Ph.D in modern Italian history and Latin language. Mascaro says, “It was during my study of history that I came to embrace my Jewish roots. Mascaro’s career included 17 years as superintendent of schools in Lamezia Terme, a position he held until his retirement in 2008. He is an active synagogue member, leading the Kiddush wine blessing, making and serving challah and welcoming visitors from all over the world.Mascaro says. “I have embraced my Jewish roots and I want to give others the opportunity to do the same,” a commitment he shares as he presents a young man  with his Bar Mitzvah certificate following a ceremony in our synagogue.  (Italian fluency) 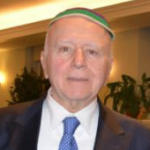 Dominick J. Porto, who graduated in Law at the New York Law School, specializes in financial law, specifically with  US Securities and Exchange Commission. Mr. Porto has been involved in arbitration 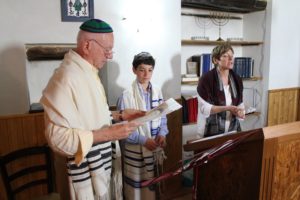 at the New York Stock Exchange and  the American Stock Exchange and serves as consultant to the Westor Finance Establishment in Lugano, Switzerland. He is a member of the American Bar Association and established the first department of the International Association of Jurists of Italian Language. As a founding member of Sinagoga Ner Tamid del Sud, Porto discovered his Calabrian Jewish roots, a journey which led to his becoming a Bar Mitzvah in Israel. Dominick Porto, pictured at right, is a regular participant in Shabbat services at Sinagoga Ner Tamid.  (English/Italian fluency) 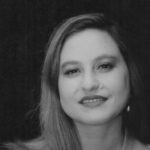 An accomplished professional violinist holding a Masters Degree in Music Education from London’s acclaimed Institute of Higher Education, Professoressa Angela Yael Amato combines teaching and performing to create magic in venues all over Europe. As a “Bat Anusim,” whose ancestors were forced into Christian conversion during Inquisition times, Ms. Amato has spoken and written extensively about her family history and how important it is that the anusim of Southern Italy gain recognition as authentic Jews. To that end, Ms. Amato has worked with Sinagoga Ner Tamid del Sud 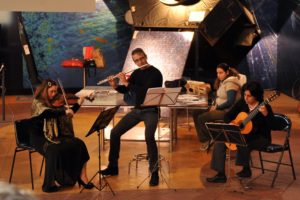 to restore beautiful Jewish traditions to the Calabrian congregation. Ms. Amato’s work includes the organization, preparation and performance of two Jewish music concerts in Calabria and many more throughout Southern Italy where her knowledge of crypto-Judaism and ancient Sefardi Jewish melodies has earned her high praise. Determined to provide her son, Alessandro with a Jewish education, Angela traveled throughout Italy to the few modern liberal congregations so that Ale could embrace egalitarian Judaism. To that end, it was our honor and pride to officiate at Alessandro’s Bar Mitzvah ceremony as he became the first of our members to be called to the Torah. (Italian/English fluency) 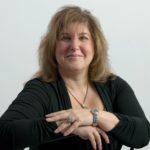 Dr. Randi I. Ross is the owner of the William David marketing company.  She was first introduced to Sinagoga Ner Tamid del Sud and Rabbi Aiello when she journey with her daughter, Felicia Capozzoli to the mountain top synagogue for her daughter’s Bat Mitzvah – which became a life changing experience for both mother and daughter.  At dinner, a conversation with Rabbi, quickly revealed that the potential of Rabbi Barbara and the synagogue was desperately in need of updating and modernization.  The virtual/digital appearance had not been maximized to what is necessary in our 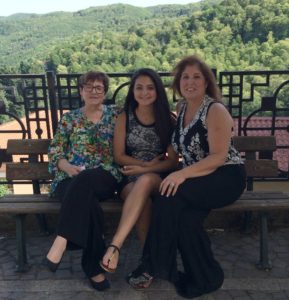 After a w hirlwind vacation through southern Italy , and then returning to the States, Dr. Ross met with Rabbi Aiello to explain how she could  increase the visibility of the synagogue, as well as position it , the cultural center and Rabbi’s special programs to  share its message with the masses. To date, Dr. Ross is responsible for website development, social media marketing, newsletters, the innovative online Jewish studies and conversion programs,  development of the App and the packaging and marketing for “The Secret Jews of Calabria”, a documentary of forgotten history brought to life by Rabbi Aiello.  Today, Dr. Ross is the go to person for marketing and program development for Rabbi Aiello and Sinagoga Ner Tamid del Sud.  The most recent addition is the exclusive Bar / Bat Mitzvah program in Rhodes, Greece that is scheduled for August 2018.  Dr. Ross is proud and honored to be a part of the synagogue, and is looking forward to the possibility of moving to Rome in 2019. (English fluency) 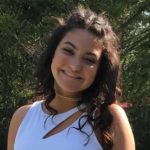 Felicia Capozzoli fell in love with Sinagoga Ner Tamid del Sud, Rabbi Aiello and Italy, when she journeyed from the Jersey shore with her mom, Dr. Randi Ross to the mountain top for the second of her two Bat Mitzvah celebrations in July of 2014.  Following her unique celebration, Felicia traveled throughout southern Italy  where she was instantly enchanted. Since then, Felicia has helped to 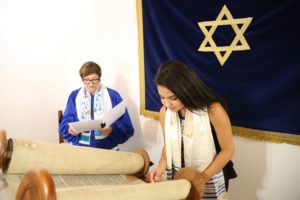 manage the social media platforms for the synagogue, as well as technical projects from time to time. An avid soccer player since she was four years old, Felicia has served as teacher and referee for youth soccer leagues, positions she has held since she was ten years of age.   As a Bat Mitzvah project Felicia organized a coat drive so that homeless women would have warm coats to wear during long, cold New Jersey winters. Currently Felicia is studying Italian in school with plans to attend university in Rome where she hopes to  pursue a career in international criminal psychology. As Youth Advisor, Felicia shares her dedication to Judaism with her Italian counterpart, Alessandro Parfitt, also a youth member of our Board of Directors.(English fluency) 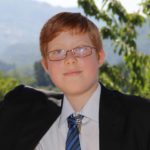 Yosef Alessandro Parfitt is a remarkable young man. Following in the footsteps of his talented mother, Angela Yael Amato, Alessandro began his musical studies at three years of age is an award winning, 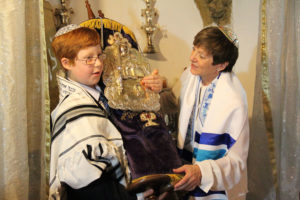 internationally acclaimed youth cellist and excellent all around student.  Alessandro has the distinction of being our very first member to become Bar Mitzvah in our Calabrian synagogue after having studied the Hebrew language and Jewish prayers and blessings  beginning at six years of age. In gratitude to the village of Serrastretta, where Sinagoga Ner Tamid is located, Alessandro and Angela organized and performed the first concert of Jewish music ever held in the Calabrian mountains, and continued the tradition in 2017 when more than 100 guests thrilled to Alessandro’s cello interpretation of Kol Nidre. As Youth Advisor, Alessandro shares his dedication to Judaism with Felicia Capozzoli, also a youth member of our Board of Directors.  Through “Ale” we hope to continue to involve our youth in making our little corner of the world a more loving and tolerant place.(Italian/English fluency) 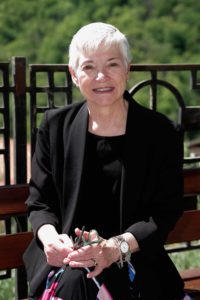 Sinagoga Ner Tamid del Sud is a small congregation and during this period of growth, Rabbi Barbara, in conjunction with congregants and Board members, serves as Membership and Ritual chair, In 2017 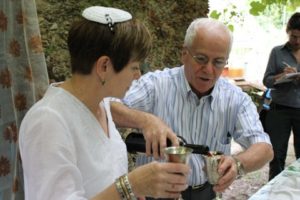 her  work in this area is greatly enhanced by the synagogue’s acceptance as a Reconstructionist member congregation.  Rabbi Barbara Aiello is Italy’s first and only woman rabbi and has served three congregation since her ordination in 1999. Rabbi Barbara is a graduate of Indiana University of Pennsylvania where she received the Distinguished Alumni Award.  She holds a MS from The George Washington University in Washington DC and received rabbinic ordination from The Rabbinical Seminary International and the Rabbinical Academy in New York City.  She is a founding board member of the International Federation of Rabbis, mentoring rabbi for the international Jewish Studies program, Darshan Yeshiva, and Blogger for Times of Israel.(English/Italian fluency)