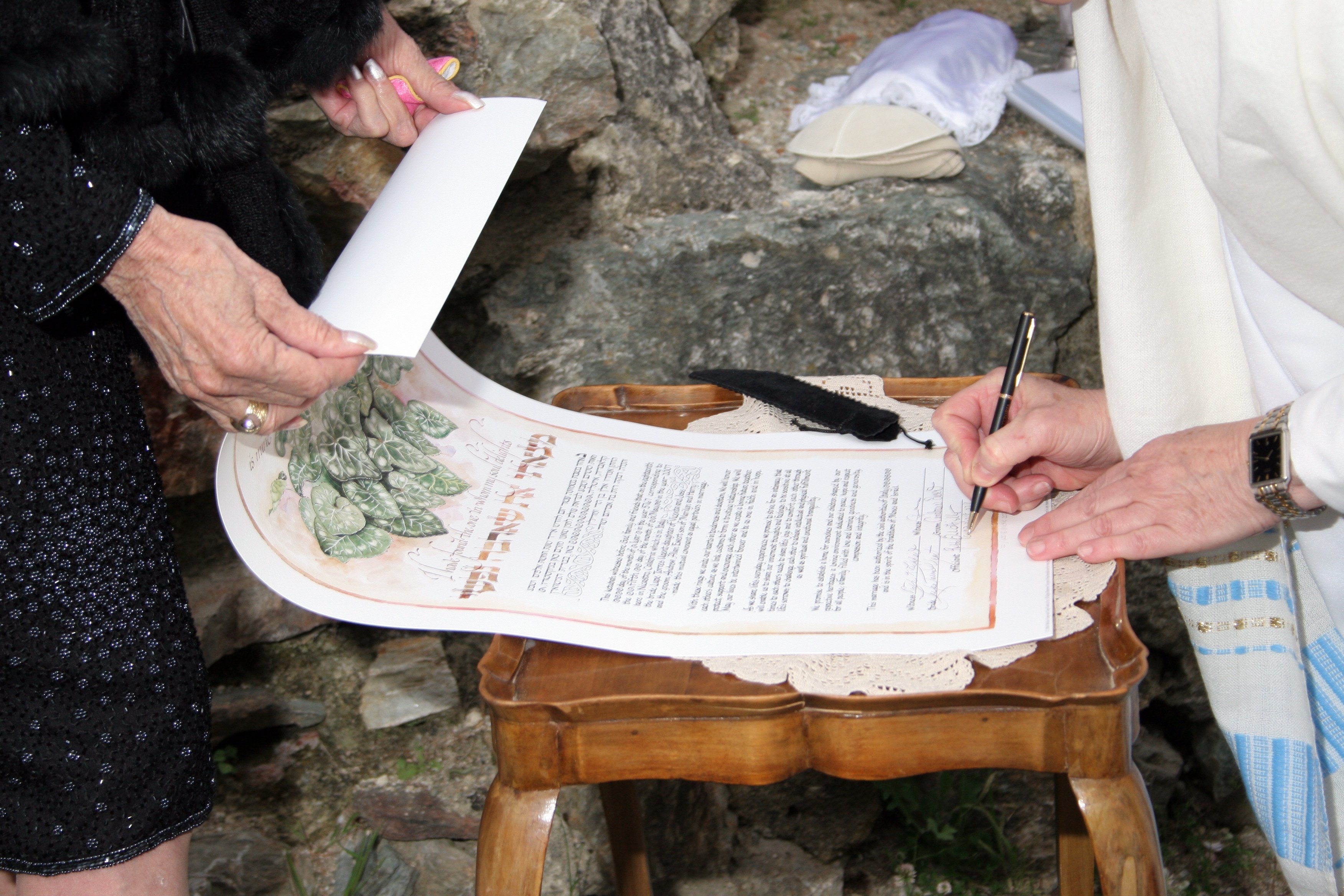 The History and Tradition of the Ketubah 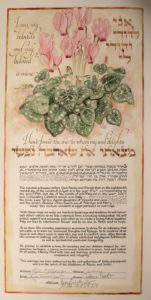 A “ketubah” (pronounced “kay-too-bah”) is the name given to the Jewish wedding document, in use for thousands of years. The word ketubah derives from the Hebrew verb “to write,” and its history dates back to the Book of Genesis where Abraham’s servant asked Rebecca if she would consent to marry Isaac. Rebecca said, “Yes,” and the rest is Biblical history! To seal the agreement we read that (Abraham’s family) “brought forth jewels of silver, and jewels of gold, and raiment, and gave them to Rebecca.” – an example of the first marriage contract. Later, traditional Judaism introduced the ketubah, a binding legal document that enumerates all of the obligations that a husband must fulfill to his wife.

Historians agree that the tradition of the ketubah dates back 2000 years with the discovery of what is thought to be the earliest ketubah, written on papyrus and  found in Egypt. The ketubah history dates from about the year 440 B.C.E while the tradition of the ketubah as a contract dates back 2000 years, making it one of the earliest documented examples of the granting of legal and financial rights to women. 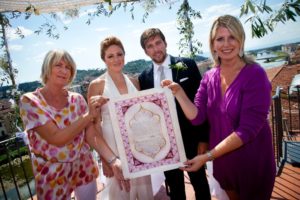 adding of decorative art to the document. The first ketubah of this type was written in the Jewish settlement of Ancona where this artistic tradition was born. Ketubot were adorned with bright colors and gold leaf accents while the exterior frame around the written document featured a wider margin so that the artist could incorporate Biblical scenes, drawings of Jewish ritual items and even zodiac signs. Examples of these elaborate and intricate ketubot are on display in the Jewish museum of Rome. 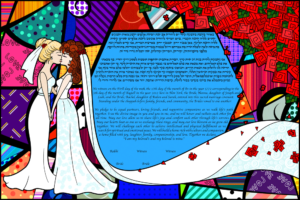 Recent years has brought another adaptation – the writing of egalitarian, same sex and interfaith ketubot, with couples choosing to incorporate wording that expresses their own unique relationship.

“When you signed the ketubah you connected yourselves, l’dor v’dor, from generation to generation, all the way back to the Jews of ancient times. Your ketubah ( or renewal document) represents promises made and promises kept. May the love you celebrate today continue to be an everlasting love, enriching your life and the lives of those around you. May you continue to grow together in love, contentment and peace.”