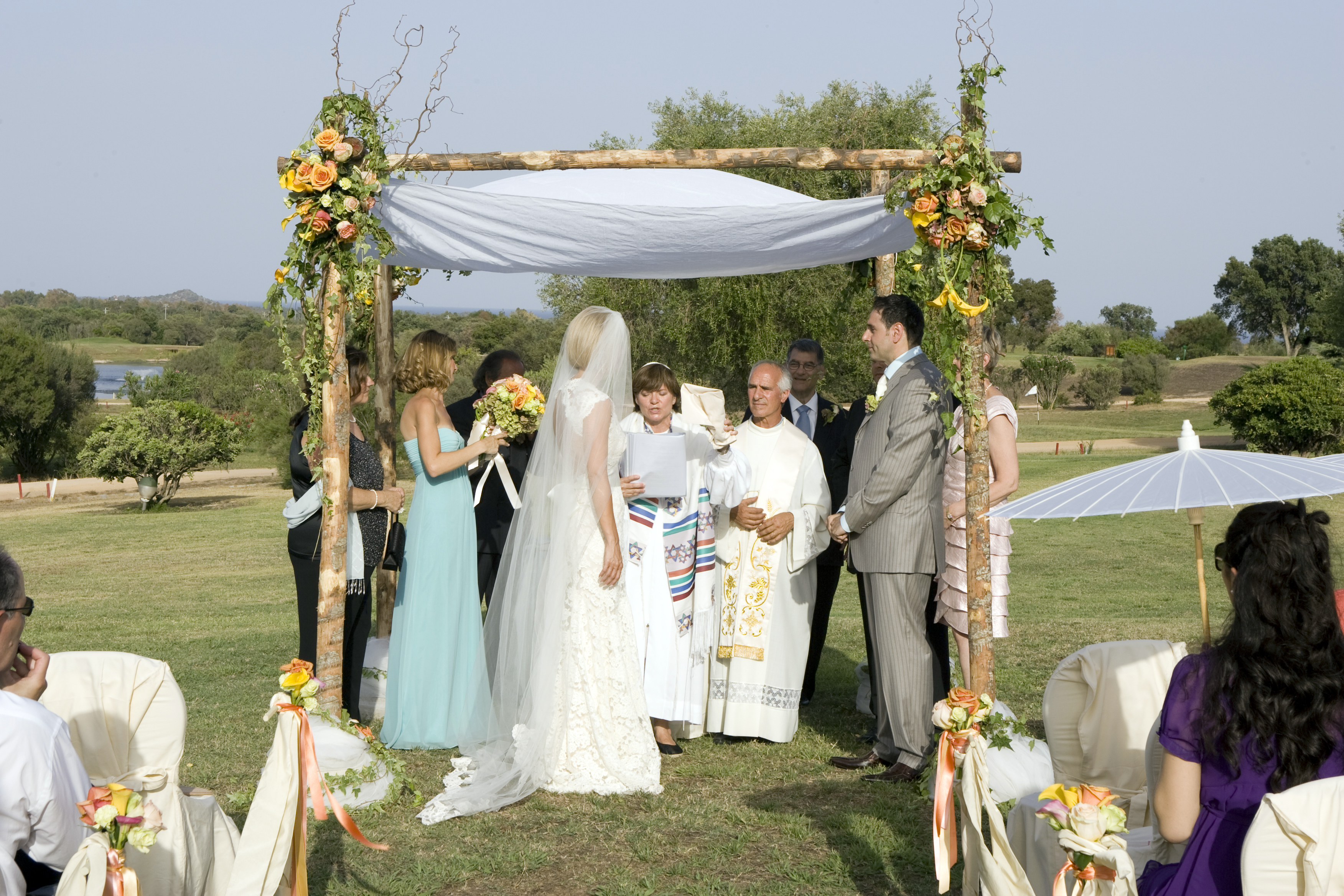 “A Minister a Priest and a Rabbi”

The How To’s of a Co-officiated Jewish Interfaith Wedding Over a hearty espresso in a coffee bar in southern Italy, Reverend Jens Hansen and I put the finishing touches on the wedding ceremony that we would perform together.  Sarah, a Jewish young woman from the United States and her fiance’, Fabrizio   a young man from an Italian Christian family had fallen in love and were planning to marry – which is how Reverend Jens, a Valdesian Baptist pastor, and I, a modern pluralistic rabbi  came to be sipping espresso that morning. We were to be the co-officiants for Sarah and Fabrizio’s Jewish-Christian interfaith ceremony.

As a rabbi who has served Jews for nearly 18 years, five in the United States and nearly 13 here in Italy, I have officiated at scores of interfaith weddings and dozens more where I stood side by side with a priest or minister to conduct the wedding service together.  And over the years I have found that my commitment to interfaith and co-officiated ceremonies has brought unexpected joys and blessings.

Recent interfaith/intermarriage statistics indicate that overall, the rate at which Jews intermarry with someone of a different faith is 58 percent, up from 43 percent in 1990 and 17 percent in 1970. Among non-Orthodox Jews, the intermarriage rate is 71 percent.

What this means is that the Jewish wedding is changing in that  that many Jewish brides and grooms who want a spiritual component to their wedding ceremony also want that spirituality shared with the faith traditions of their spouse. As a rabbi who is dedicated to serving Jewish interfaith couples who want to invite God into their partnership,  I have worked hard to create a wedding service that combines Jewish tradition while celebrating the faith of the non-Jewish spouse,. When the wedding service includes a co-officiant, I take responsibility to initiate a discussion among all the participants so that the end result is a seamless presentation.  For couples who choose a co-officiated Jewish interfaith wedding, I suggest the following: Rabbi Barbara Aiello is Italy’s first woman rabbi and only non-orthodox rabbi who lives and works in Italy. She has officiated and many destination interfaith weddings and has co-officiated with Catholic priests, Protestant ministers as well as Muslim and Hindu lay leaders. Rabbi Barbara views her interfaith weddings as an essential first step in a couple’s continuing Jewish traditions in their homes and with their children. Contact Rabbi Barbara