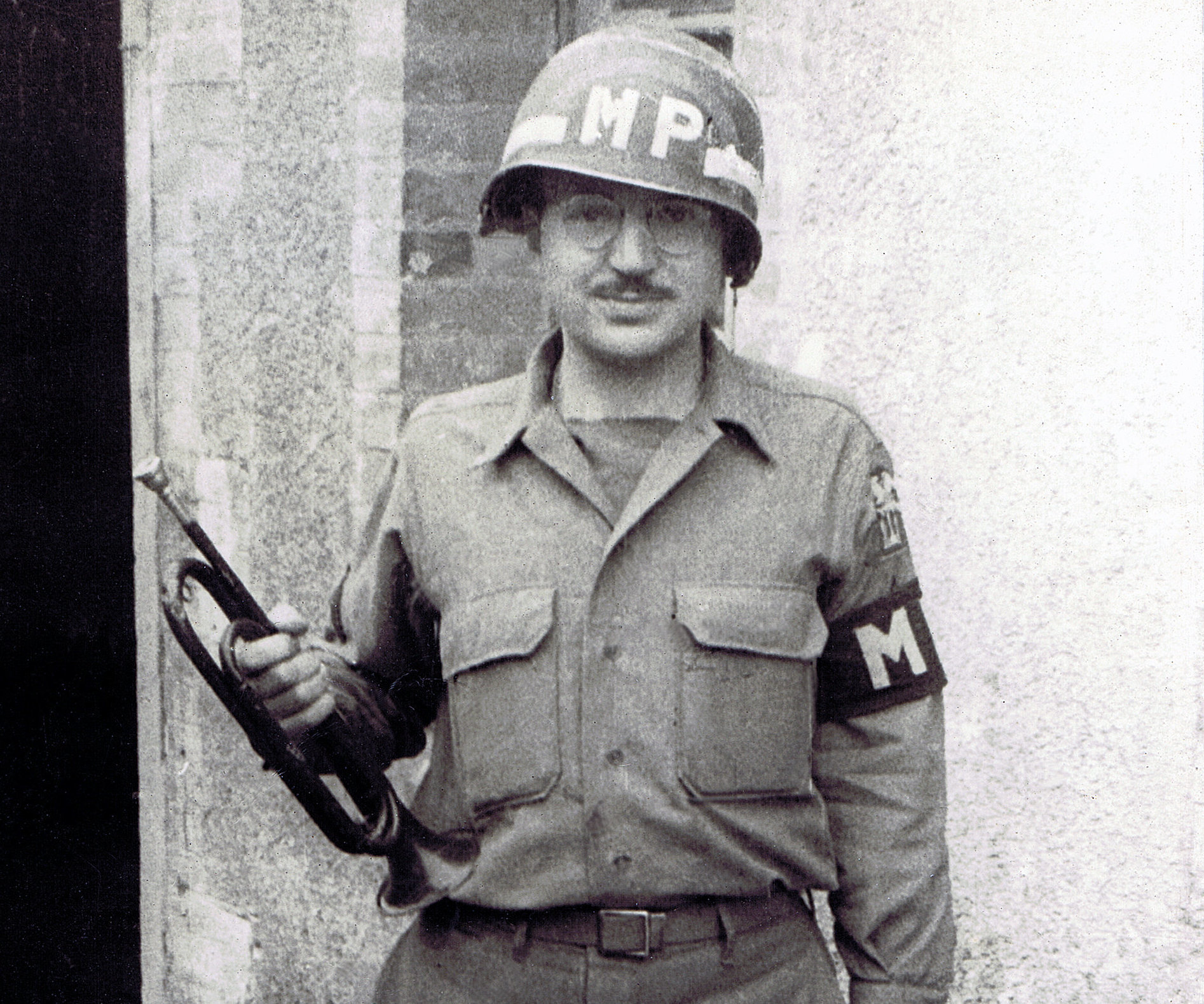 Antonio Abramo Aiello, of blessed memory, was my father, an Italian from the south of Italy, an area often called the “toe” of the “boot.” Our ancestors were conversos who observed in secret as crypto-Jews. We trace our roots back 500 years to Inquisition times when the Jews of Spain were forced to renounce their Jewish religion or leave the country. That’s how the family found itself in our little village of Serrastretta deep in the mountains of Calabria.

Like so many Calabrians who suffered from the severe poverty of the region, my father left Italy for America. Dad struggled with English and although he spoke four other languages, most of the time he didn’t say very much. Even when I asked him about the photographs he kept in a brown accordion folder that never left the bookcase beside his chair, he lowered his eyes and kept silent.

The photos themselves, printed on flimsy paper, were black and white and each one of the five images was more or less the same. Dark skies, an old structure, much like a barn and men in striped pajamas leaning on soldiers, with some soldiers holding the pajama-clad men in their arms.

For years I asked my father about the photos and for years he would only shake his head and turn away. Until the day when he himself gently extracted them from their envelope and began to share their story.

Dad said, “after the Normandy invasion in June, 1944 (“Where I nearly got my head shot off on Omaha Beach”) we remaining Americans fought our way through France until that day in April 1945 when our company approached the gates of hell, the Buchenwald death camp.”

Dad said that as an MP in charge of emergency supplies he thought he would be setting up tables and offering a picnic of sorts to some political prisoners. That was not to be the case.

Dad’s precious photographs offered graphic witness to unspeakable Nazi evil – evil personified in 21,000 starving and nearly dead inmates – an evil that we have seen depicted in dozens of films, hundreds of photographs and at Yad Vashen, the Holocaust Museum in Israel, where a mountain of thousands upon thousands of tiny children’s shoes give testimony to a tragedy that never should have happened.

It’s been 40 years since my father spoke about his photos – years since he told the story of what he saw when the United States Third Army liberated the camp – a story that my father shared with me only three years before he died.

Inspired by Dad’s story, my own Jewish journey gained momentum when I came across the work of another Italian, Dr. Sergio Della Pergola. Dr. Della Pergola is a child survivor of Nazi persecution, who made aliyah to Israel where he became the leading authority in Jewish demography and statistics. He is world- renowned as “the man who counts Jewish people.”

Sergio Della Pergola figured it out and came up with a number that is both magnificent in its calculation and overwhelming in its sadness. Had the Holocaust not happened, there would be 32 million Jews in the world today.

What does it mean when we hear a statistic like that? For me I am reminded of what my father said to me shortly after he told me about the day Buchenwald was liberated.

Dad said, “Remember we adults lost our families and friends, but your generation lost even more. You lost the promise of meeting, knowing and learning from Jewish children who would have grown up with you, who would have been your colleagues and your contemporaries. Our loss was tremendous. Your loss is immeasurable.”

For Jews worldwide the tragedy of Holocaust has affected our lives in ways that often defy explanation.  For some of us it has defined our life’s choices and informed our future.

As Yom HaShoah 2017/5777 dawns this coming week, those of us who were babies when our soldier dads came home, those of us who sat stupefied as we turned the pages of the camp photos in Life Magazine and those of us who hold precious mementos like my dad’s photos in our hands, can remind ourselves of what our Greatest Generation fought for. In their honor and memory – victims, survivors, rescuers and soldiers – may our Jewish values guide us so that our actions demonstrate to the world that “Never Again” is more than a deeply felt emotion. “Never Again” is our Jewish call to action to live justly, right wrongs and bring peace.