Kvetching – Is There an Upside to Voicing Our Complaints? 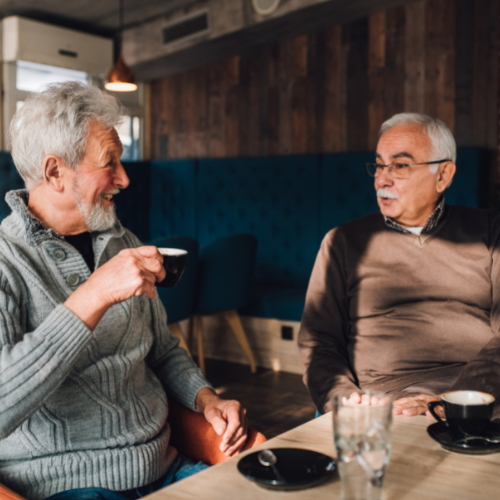 “He’s at it again,” whispered Harry as he grabbed his friend’s shoulder in an attempt to steer him away from Bernie, a colleague who was “holding court” in front of the shul. Harry’s friend caught on immediately. “Thanks for the tip. Let’s sneak in the side door. That way we don’t have to listen to Bernie complain. He‘s a great guy but sometimes the “kvetching gets to me.”

Linguists tell us that the word, “Kevtch,” derives from the Yiddish word “kvetshn” which literally means “to squeeze” or to “press,” and is related to the German, word “quetsche” which implies urgency and insistence. For most of us kvetching implies complaining on steroids and many share Harry’s opinion of Bernie. Kvetching can be hard to take.

Maybe so but according to Jules Kourelakos, journalist for Duke University’s Chronicle (11/29/21), there is an often forgotten upside to the bad rap kvetching has endured. In a recent article, “The Lost Art of Kvetching,” Kourelakos notes that complaining can make our lives more bearable in several important ways; kvetching builds self-awareness, kvetching is cathartic and kvetching improves communal relationships.

Really? Kourelakos, whose article is informed by his own Jewish upbringing, reminds us that when we acknowledge that we have time to spend complaining about the little things, it is our kvetching that offers us a self-aware reminder that “our lives are actually pretty decent in the grand scheme of things.”

It is cathartic, says Kourelakos, because kvetching allows us to take our daily troubles and “expel them from our minds,” often breaking the cycle of festered resentment. Think “journaling,” which often qualifies as kvetching on paper.

Then there’s kvetching as a relationship builder, often creating a communal response – one person gripes and the other offers reassurance; “Things aren’t so bad….” Kourelakos puts it well when he writes, “Then the roles reverse, the reassurer becoming the kvetcher, confident they will be given the same empathetic treatment. Through this intricate dance, a bond of shared understanding and loyalty is formed.”

Some rabbis, like Chabad.org’s Levi Avtzon (5/27/22) agree and base the defense of kvetching on Torah itself. Avtzon emphasizes, “If you think you have heard it all, check out the Torah portions of Behaalotecha, Shelach, Korach and Chukat. First, the Israelites bemoan their lengthy travels in the desert. Then there’s a sob story about the manna.” Next is the ear-beating brought by the spies’ false report followed by the Kvetcher in Chief, Korach who organizes fellow kvetchers to rebel. It seems like it never stops.

So what is Torah’s answer to unrelenting kvetching? Is there an upside? Rabbi Avtzon believes there is; “Kvetching is one step up from slavery. A slave cannot kvetch because of fear of the whip. More importantly, the slave mentality breeds apathy and a clogging of the emotional valves.” Or as New York Times critic, William Grimes puts it, “Judaism is defined by exile, and exile without complaint is tourism”.

Rabbi Avtzon notes that our kvetching in the desert was a kind of “emotional bypass surgery,” that allowed former slaves to feel human once again.

In modern life, Harry and his friend, Bernie –the- kvetcher demonstrate our proclivity toward complaining but it still begs the question; Why do we Jews kvetch so much?

Rabbi Levi Avtzon offers one answer when he reminds us that historically speaking, “Life for Jews has been so difficult and overwhelming, and often we couldn’t do anything concrete about our troubles. Yet we made sure to keep our hearts open, to not fall into the abyss of depression or allow our hearts to turn to stone. We kvetched to keep our emotions flowing. Kvetching has been our national safety net against emotional death.”

Wholesale kvetching indeed has its downside and sages agree that it is hardly a mitzvah to constantly kvetch, however for a significant number of our rabbinic sages the benefits of carefully articulated complaints can’t be denied. After all, it’s the “squeaky wheel that gets the grease,” and that squeak? More often than not, it comes from a kvetcher.

For ten years Rabbi Barbara Aiello served the Aviva Campus for Senior Life as resident rabbi. Her most popular columns are now published in her new book, “Aging Jewishly,” available on Amazon books. Rabbi Barbara now lives and works in Italy where she is rabbi of Italy’s first Reconstructionist synagogue. Contact her via email HERE