Should I tell them I’m sick? 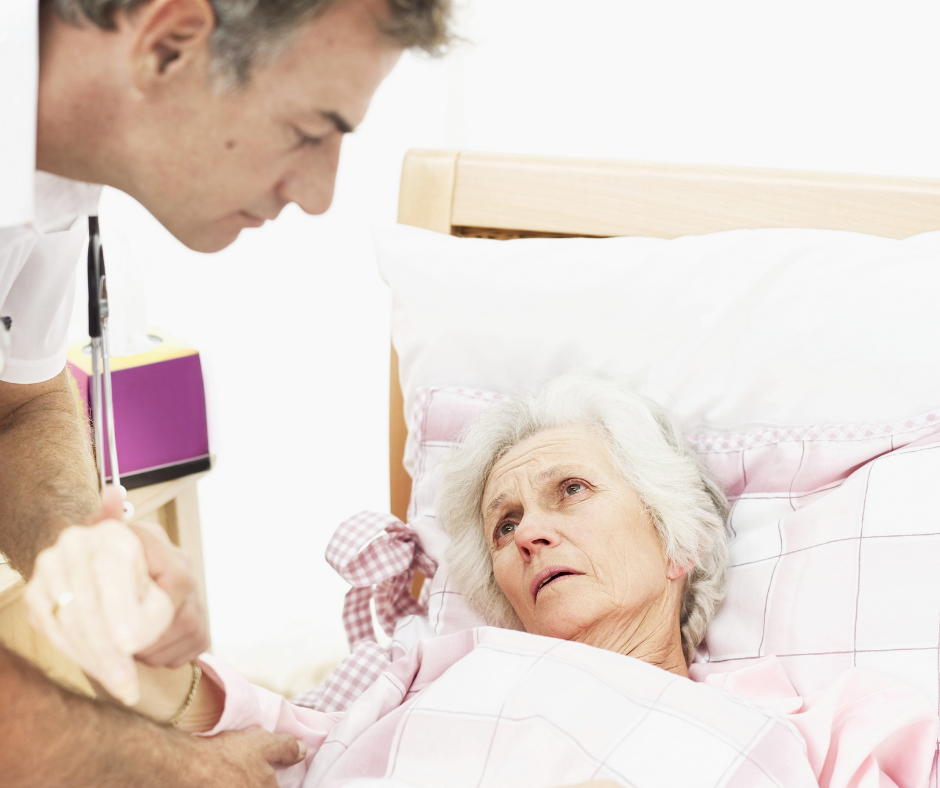 It has been three weeks since Dan got the news and his head is still spinning. “I know I’m getting on in years,” says the 78 year old retired biology teacher and part time musician, “but I never expected that a regular check-up would end up with me hearing words like ‘inoperable’ and ‘terminal.’ But that’s what happened and I still haven’t told my kids.”

Dan’s predicament, traumatic as it may be, is shared by many who receive life-changing diagnoses. After coming to terms with the nature of a serious illness and its often frightening prognosis, seniors face the added trauma of sharing the news with adult children and grandchildren, as well.

“I just don’t want to tell my daughter… for a lot of reasons,” says Dan. “I don’t want to worry her or be a burden. And what about my grandkids? They’re both teenagers. We’ve made a lot of plans for camping and concerts and such. How do I tell them? What do I say?”

Dan is not alone. In fact so many seniors, along with those much younger, have faced the same dilemma. So much so that the online UK publication, “Hospiscare,” offers suggestions for breaking the news of a life-changing illness and for helping families and friends cope with what can be disturbing information.

Hospiscare staff emphasize that there is no right or wrong way to disclose that you have a life-threatening illness. In fact the professionals urge you to ‘Do it your way.” Inviting a daughter for a cup of tea and a serious talk, sending a message to distant relatives via social media, or broaching the subject with a good friend while gardening or listening to music together – it’s best to select an approach tailored to the personality of the one who will receive your news. The professionals say that it’s not necessary to tell everyone in the same way.

In Dan’s case he’s waited three weeks before considering disclosing his illness to his family – a good plan say the Hospiscare staff. They encourage their clients to “take the pressure off,” by personally adjusting to their terminal diagnosis and then calming considering the how, where and when to approach the family.

As kids we were told that “honesty is the best policy,” and it holds true today. Be honest about your disease or condition and forthright about what you’ve been told by your medical professionals. Don’t make assumptions about how a family member may react and don’t project the outcome of a frank discussion. In addition stifle the temptation to minimize your condition. An honest and direct approach can be liberating for you and for your family and friends.

The staff at Hospiscare reminds us that “It’s OK to not be OK.” In other words an entire range of emotions can accompany a terminal diagnosis and it’s perfectly fine, advisable actually, to let those around you know how you are coping. If you’re feeling like talking about what’s to come, it’s important to say so. Alternatively, if you’d prefer not to open the discussion, communicate that as well.

Dan’s concern was multi-generational. He worried that his teenage grandchildren would be distraught, disappointed and, as Dan put it, “Bummed out that so many of our plans might change.” As a result Dan almost decided to say nothing. Professionals in the field of terminal illness understand Dan’s reluctance, however they emphasize that “generally children want adults to be honest.” That’s why taking the time to give children an accurate description of what a parent or grandparent is facing is critically important. Hiding a terminal illness with “Fine, honey, I’m just fine,” may break the bonds of trust that you and your grandchildren have built over the years.

Jewish tradition emphasizes that all life is precious – even a life that is shortened by serious illness. When Dan made the decision to speak frankly to his children and to open up to his grandchildren, he recognized the wisdom inherent in his action. “I can relax now,” Dan says. “Me and my family – we’re all on the same page. No more pretending. I can focus on what’s important. That makes my life even more precious now.”