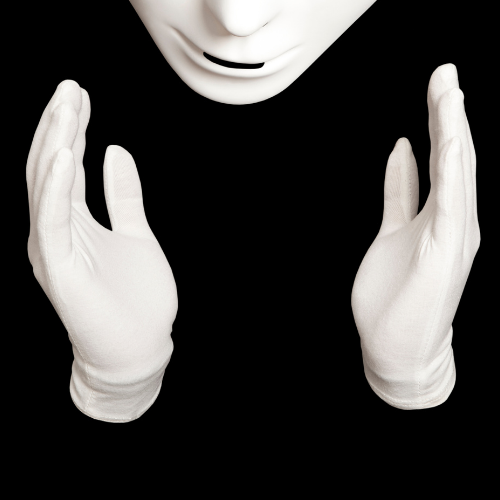 It was November 9 and 10, 1938 when the streets of major German cities were covered with sparkling shards of glass, but unbeknownst to the world, those pieces were the initial testimony to the unspeakable Nazi horror yet to come. Officials did nothing while Jewish homes, businesses and synagogues were destroyed. Streets were littered with broken glass, so much so that the rampage became known as “Kristallnacht,” or “The Night of Broken Glass” – the event that marks the official beginning of the Holocaust.

Kristallnacht happened 83 years ago. Forty years ago I found myself in Australia, where I chanced to meet an extraordinary man who, 14 years ago, passed away quietly in an assisted living community in the south of France.

The man I met in Adelaide, Australia all those many years ago was a performer. At that time, I worked in the theater as well. Our professional puppet troupe provided the opening act for none other than the world famous pantomime artist, the great Marcel Marceau. We became friends, mostly because our connection was more than theatrical. Marcel Marceau and I bonded as Jews, however it would be several more decades before I learned of Marceau’s creative courage at saving Jewish children from certain death at the hands of the Nazis.

Marcel Marceau was born Marcel Mangel, and grew up Jewish in Strasbourg, France. For more than 60 years he performed professionally in what he called “the art of silence.” As a small boy he imitated the antics of Charley Chaplain, amusing his friends while he developed his craft.

When the Nazis invaded France, Marceau was a teen, only 16 years old, but he knew enough to change his surname to Marceau in order to hide his identity. He joined the French resistance, forging new identity cards for desperate Jewish families.

Later his dedication to orphaned Jewish children led him to concoct a daring plot to save nearly the 100 six, seven and eight year olds whom Marceau had in his care. Posing as a scout leader assigned to take these youngsters on a hike, Marceau had his charges dress in heavy coats, hats, scarves and boots and follow him in a dangerous trek over the Alps to safe passage into Switzerland.

Marceau recalls how he employed his pantomime skills to encourage the little ones not to speak and as an accomplished magician Marceau performed slight-of-hand tricks for a group of Nazi guards, who were so mesmerized that they didn’t notice that the children had walked right through the checkpoint to freedom.

Although we maintained contact over the years, it was only shortly before his death in 2007 that Marcel Marceau disclosed his work with the French Resistance and how he was able to save the lives of Jewish children. In fact, Marcel Marceau, an acclaimed international performer who starred in dozens of films and theatrical productions had this to say about his life: “My greatest accomplishment was guiding the children to safety.”

Marceau spoke those words from his apartment in an assisted living facility where he spent the last two years of his life. And it was there, among his aging friends, that he shared these remarkable and important memories.

This year as we approach the eighty-third anniversary of the beginning of the Holocaust, Marcel Marceau’s story becomes even more poignant, especially because he waited so long to share it. In care facilities throughout the world there are survivors who have Holocaust stories that need to be heard. If you know someone with a story to tell, encourage them to speak up. On this year’s Kristallnacht memorial day, in honor and memory of those lost, those saved, and those like Marcel Marceau who were the saviors, if you have yet to share your own story, now is the time to consider doing so.