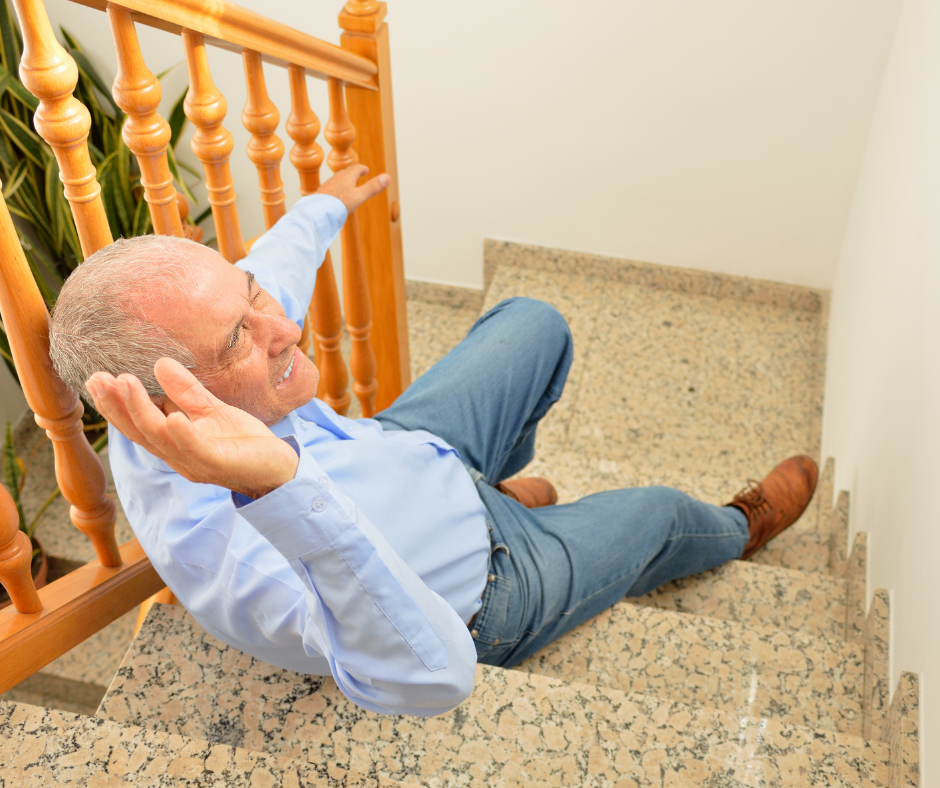 The timer on the kitchen stove began its ding –ding-ding reminding Iris to switch on the television and call to her husband. “Come on, Larry. It’s five minutes to Judge Judy!”

That was enough for Larry to stop his cleaning binge and in minutes both Iris and Larry had tuned into to their favorite program.  Watched by more than ten million viewers daily, Judge Judith Susan Blum Sheindlin has dispensed advice for nearly 25 years but for Larry and Iris one admonishment really hit home. Larry recalls, “I heard her say it on a documentary about her life. Judge Judy was talking about becoming a senior citizen. And she said something that struck me. “To live a long life, don’t fall!”

At 78 years old, Judge Judy knows what she’s talking about.  The US Centers for Disease Control and Prevention report that “falls are the No. 1 cause of injuries in seniors, often resulting in hip fractures, cuts, and even serious head and brain injuries that can be fatal.”  Many seniors who have tripped or tumbled have seen their independence evaporate and their longevity compromised as the result of a fall. So Judge Judy, television’s Queen of Blunt, doesn’t mince words; “to live long, don’t fall.”

For seniors who are 65 years and older, one person in three will have had a fall, so it is no wonder that a quick Google search of “fall prevention for seniors” nets more than one half million articles, websites and long lists of do’s and don’ts – information that prompted Larry to do some research of his own.

A statistician by trade, Larry studied a number of fall prevention recommendations that included common sense items such as installing bathtub handrails, eliminating throw rugs, cleaning up clutter and adding night lights in the hall.  But it was the information that Larry gleaned from his anecdotal survey that opened his eyes and swayed his opinion about seniors and falling.

“I live in senior housing,” Larry explained. “And on our campus we have what they call the continuum of care. That means that we can live independently or in assisted living or even on the nursing floor. Whatever you need. So I talked to my friends whose falls had caused them to move to out of independent living and this is what I found.”

Larry explained that for many seniors a fall happened when they were doing two things at once – what Larry calls the Seven Steps to a Fall or  the “I was walking and…” syndrome.

I was walking …and fishing for my keys.

I was walking …and answering my cell phone.

I was walking …and putting on my coat.

I was walking …and checking my watch.

I was walking …and switching to my sunglasses.

I was walking …and scratching an itch.

I was walking … and blowing my nose.

In Proverbs we read that “A righteous person falls seven times and rises up again” Rabbi Andrea Steinberger (Wisconsin Jewish Chronicle) expands on those words when she writes that “Seven is life giving. It is a number full of strength and health and hope for the future.”   Larry’s Seven Steps to a Fall remind us that there are things we can do, simple, powerful, life-affirming tools that offer hope for us as we age. Like the Judge says, “To live a long life, don’t fall.”