Elderly, Oldster, or Senior – What Do Older People Prefer to Be Called? 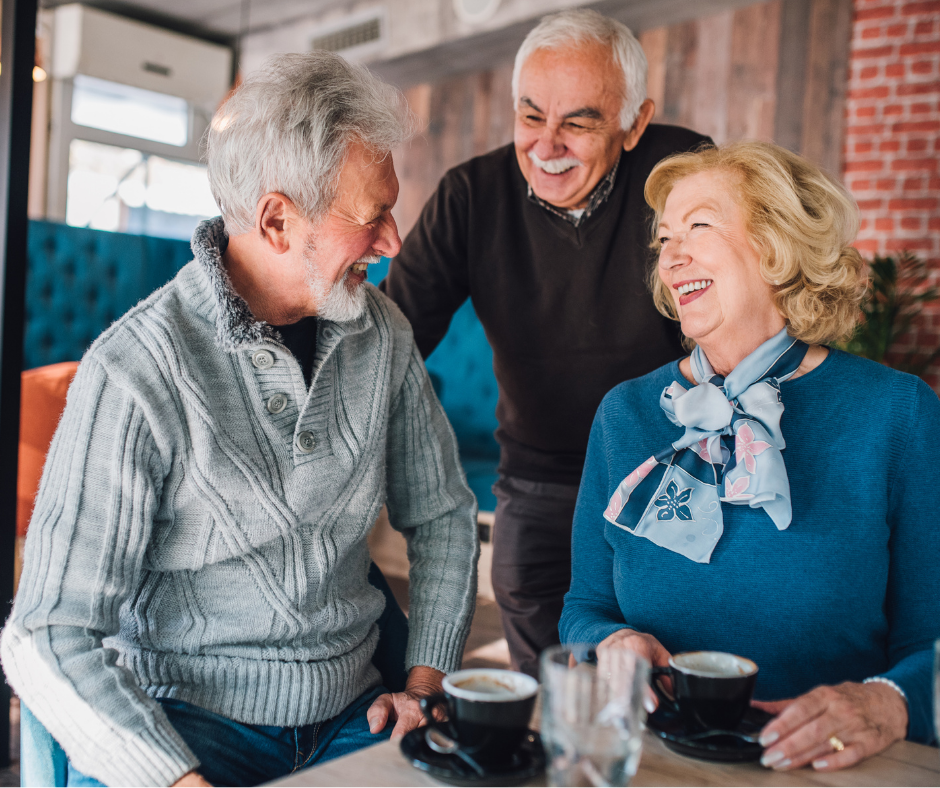 The supermarket checkout line was long and social distancing made it seem longer. As Dorothea and her granddaughter, Lisa moved forward the young man ahead of them turned abruptly and left the line.

When Lisa called, “Hey Mister, you’re next,” the man sneered and responded, “You can stand there and wait for “Gramps” to count out his pennies. I’m finding another line.”

As Lisa watched her grandmother’s smile become a frown, she said to her grandmother,. “How disrespectful, calling that old guy, “Gramps.” Dorothea nodded. “Old Guy” isn’t such a good choice either.  Lisa acquiesced. “Well, Grandma, if “Gramps” and “Old Guy” are wrong, what’s the right way to talk about older people. What’s the right thing to say?”

Lisa’s question is a timely one, especially in our politically correct world where the way someone is described can lead to upset, hurt feelings or misunderstanding.

Having been a special education teacher, Dorothea had direct experience with negative stereotypes. She explained that “Years ago persons with disabilities were called ‘crippled’ or ‘handicapped.’ The image those words portrayed was a negative one. Persons with differences lobbied hard for terms that focused on the positive – on the individual  – terms that didn’t lump them together in a group. That’s how we got away from “handicapped” and began to use ‘person with a disability or difference.’ I wish we’d do the same for older people.”

Dorothea isn’t alone. In a recent AARP publication, titled “Who You Calling ‘Young Lady’?” (February 2, 2018) authors Amanda Duarte and Mike Albo tackle what they term “aegist language,” and emphasize that pejorative and patronizing terms that describe older adults are harmful, hurtful and should not be used.

Like what? Gerontology specialists and professionals who work with older adults explain that terms like “over the hill,” “feisty,” “Blue-Hairs,” “Gramps,” and even “the elderly” are demeaning, And older adults report that when they are addressed as  ‘Sweetie’ or ’Honey,’ and told that they are ‘adorable’ or ‘cute,’ they feel as though they are being treated like children.

AJAS, the Association for Jewish Aging Services, uses the term “aging population,” while most academic journals and the New York Times’ stylebook caution against using “the elderly” and instead advise that “older adults,” and “seniors” are  the preferred descriptors.

Interestingly even the term “senior citizen” has fallen out of favor with some. Susan Jacoby, the author of Never Say Die: The Myth and Marketing of the New Old Age, “ takes issue, surprisingly, with the term “senior,” to describe older adults.

Quoted in a recent article in The Atlantic, Jacoby says, “The word ‘senior’ is one of the most common euphemisms for old people, and happens to be the one I hate the most.”  Jacoby goes on to say, ”Imagine if a newspaper called young voters “juniors” instead of young voters, ”  and she reminds us that  the term “senior citizen” can be inaccurate in that  “not every older resident of the U.S. is an American citizen.”

In that same Atlantic article, (January 2020) author Joe Pinsker poses the question in the title, “When Does Someone Become ‘Old’?” Pinsker found that “It’s surprisingly hard to find a good term for people in late life.”

So let’s ask the experts – seniors themselves. What do older adults in our own community think and feel about how they are described and addressed?

Michael R., a man in his seventies says “I prefer ‘old person.’ It’s short, sweet and that’s what we are,” while Josie C. who just turned seventy, votes for “mature person,” and advises that how one prefers to be addressed  is related to “a person’s own view of their place in life.”

Carol K.,  in her nineties, gets straight to the point. “I have no problem with being referred to as part of “the elderly,” I mean, that’s what we are.”

Frank J. observes that “When we ‘oldsters’ get together we call each other “geezer,” “codger,” and “old coot.” But we don’t want younger people calling us those names. I guess we’re like all the other groups. We say stuff to each other that we wouldn’t want others to say to us.”

Larry K., who will be 99 in July, takes a practical approach. “Doctors, nurses, caregivers, like that, they should ask us how we like to be called and then proceed with caution.”  Larry says, “Don’t go using words you don’t understand. There’s a Yiddish word, ‘altakaker,’ that is offensive. I won’t define it. Just take my advice and don’t say it.”

Authors Durate and Albo seem to agree with Larry when they emphasize that “Except for a few incredibly insensitive jerks, most of us are increasingly careful to avoid using hurtful language toward people different from us.”

Or as Lisa remarked to her grandmother after the incident in the checkout line, “Sticks and stones can break my bones but names can really hurt me,” – an admonishment that holds true not only in the school yard but at the ‘senior’ center, too. Authors Durate and Albo also key on an important issue when they ask, “Why eliminate hurtful language? The answer is simple – because it hurts.”

For ten years Rabbi Barbara Aiello served the Aviva Campus for Senior Life as resident rabbi. Her most popular columns are now published in her new book, “Aging Jewishly,” available from Amazon books. Rabbi Barbara now lives and works in Italy where she is rabbi of Italy’s first Reconstructionist synagogue. Contact her at Rabbi@RabbiBarbara.com