When Elder Driving Becomes Dangerous – How to Give Up the Keys 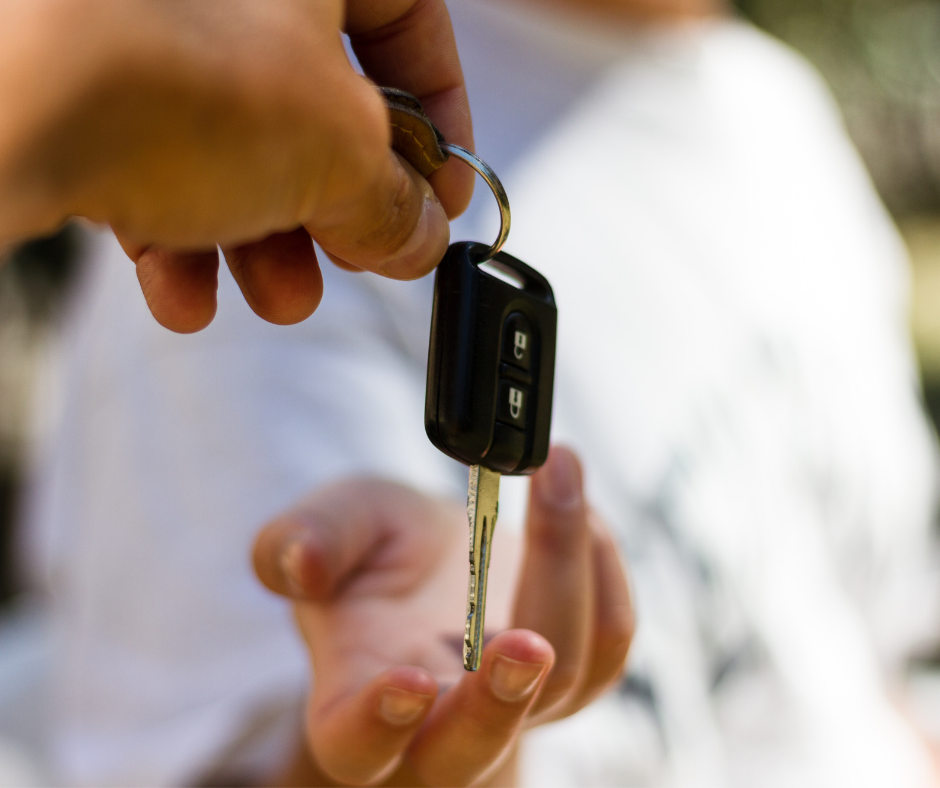 Lou’s twin granddaughters, Rebecca and Rena were due at the house any minute and Lou was running a bit behind. Lou had misplaced his cell phone and he had been searching for it for more than an hour. The sandwiches that Lou planned for the twins were yet to be made and the table cloth was… well, somewhere, but Lou wasn’t sure where.

“Grandpa, are you ready for our picnic?”  Rebecca and Rena burst through the door and raced to give their grandpa a big hug. The girls were excited to share the afternoon with Grandpa Lou and their dad, Steve.  “I know we planned a picnic,” Steve said, “But I’ve got an emergency at work so, Dad, I’ll leave the twins with you. Maybe you can have your picnic  in the back yard.”

“Nothing doin’,” Lou said. “We planned to go to the nature preserve and that’s where we’re going.  I’ll drive us over there right now as soon as I make those sandwiches and find my phone!”

While Lou puttered in the kitchen, Rebecca and Rena cornered their dad. Each girl begged Steve to change his plans.  “Please, Dad, we want you to drive us to the picnic,” Steve was befuddled but then Rebecca spoke up.  “Dad, you’ve got to take us there. We love Grandpa but we’re scared of how he drives!”

Steve was stunned and mortified, too.  He knew his dad had difficulty behind the wheel but he’d been reluctant to broach the subject. He’d neglected the problem for so long that now even his children noticed and were begging him to step in.

For Steve it may be cold comfort to know that as an adult child of an aging senior driver, he is not alone.  In fact in a study reported by Robyn Huetter that appeared on the award winning website, Daily Caring (May 4, 2020), researchers who studied “Seniors’ Top 10 Fears of Aging,” found that no longer being able to drive ranked as number seven out of the top ten senior fears, beating out fear of  isolation, fear of strangers as care givers  and even fear of falling and getting hurt. The study found that “One of the keys to understanding our parents as theytheir parents’ most common fears, they can open a discussion about those concerns

For Steve, it was his daughter’s misgivings about Grandpa’s driving ability that finally motivated him to take an action. But how to begin?

Specialists in the field recommend that adult children initiate communication by recalling that exhilarating sense of teenage freedom they felt the first time they drove on their own.  Sharing that experience with an elderly parent can create common ground for the important decisions that must follow.

To begin the discussion, select a time when the elderly driver is most alert and responsive and share a prepared list of observations about mom or dad’s driving behavior.. A visit to the website, “Key Warning Signs of Unsafe Driving,” (https://www.caregiverstress.com/senior-safety/senior-driving/) will detail the problem and crystalize your concerns.

Be prepared. Have on hand a comprehensive list of transportation alternatives that you already know are available to seniors in your community. These range from Uber and Lyft services to volunteer drivers provided by synagogues and community centers. Share these ideas with your elderly parent, present them with the list, choose a service and together schedule a dry run so that mom or dad feels secure in knowing what to expect.

In the TaNaK we read “… We have had earthly fathers who disciplined us and we respected them (Hebrews 12:9) and from Proverbs (23:22) “Listen to your father who gave your life.”  The ancient wisdom in our Jewish tradition applies today as we approach our aging parents with love and respect.

Proverbs reminds us to listen to “our fathers” which in modern life requires that we take into consideration our aging parents’ concerns and misgivings. We don’t interrupt, badger or provoke; instead but we listen with an understanding heart and an open mind.

A logical next step, according to professionals, is the creation of a reasonable time line that includes rehearsing alternative modes of transportation, the specifics of selling or donating the car and time for mom or dad to adjust emotionally to a change that for many seniors marks yet another instance of loss of independence.

After all it was Siegfried Marcus, an Austrian Jew who, in 1870 had the bright idea of attaching a combustion engine to a handcart, thus making Marcus, not Ford, the inventor of the very first automobile. Not for nothing did Jews not only invent the car, but over the years many of us have had intense love affairs with our vehicles. That’s why it can be so hard to adjust to change, especially those changes brought on by aging, but thanks to Job we have biblical guidance; “Wisdom is with the aged, and understanding in length of days,”(13:13).

Rabbi Barbara Aiello the first woman rabbi in Italy. She is spiritual leader of the first active synagogue in southern Italy since Inquisition times, founder of Italy’s Pluralistic Jewish movement, and a mentoring rabbi for Darshan Yeshiva’s conversion program. Shei is a vice president of Kulanu, an international Jewish organization that supports Jewish diversity worldwide. Contact her at rabbi@rabbibarbara.com