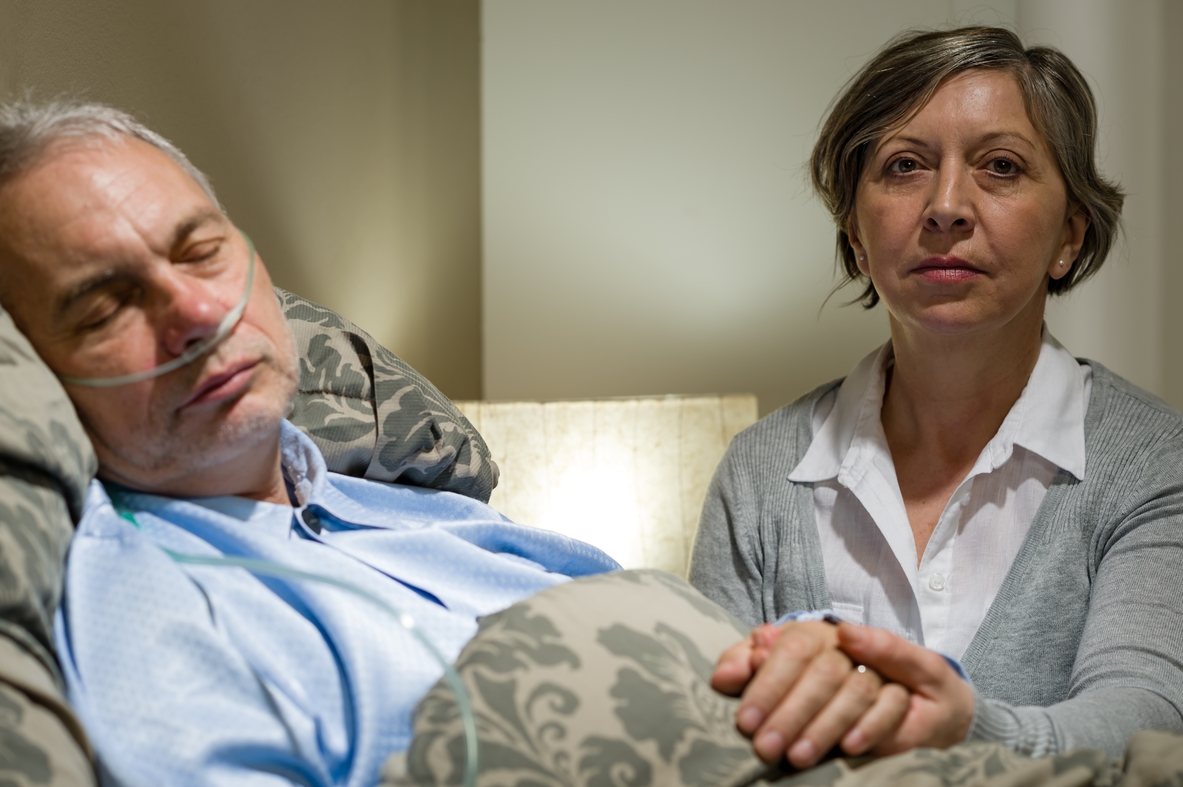 The Blessing of Hospice

“Hospice is suicide!”  That’s what Dad said anytime the subject of death came up, which happened quite a lot in those last few years, especially since so many of his dear friends had died.  “I can’t believe anyone would even think about it,” Dad would say. “Going to a hospice is like signing your own death sentence!”

Clearly this was not a subject that Dad took lightly and although he had had very little personal experience with a hospice program, he thought he knew what it was. But Dad’s perceptions were based on insufficient information, colored by the fear of the unknown.

Sadly our beloved Dad had a health condition that was progressive and soon the powerful medicines that he had taken for so many years were no longer effective.   We learned that Dad’s options were limited. One choice was nursing home care and aggressive treatment which might extend his life by a few months, but would not relieve the feeling Sam had described so graphically.  He’d say, “I feel like I’m drowning. I hate the feeling and it scares me.”

The second choice was a hospice program. I was elected to explain Dad’s options to him.  Although I was not averse to discussing anything related to death and dying, I was troubled by what Dad always said about hospice.  I wasn’t looking forward to this meeting.

“I have some bad news for you, Dad,” I began.  “It seems that your heart problem just isn’t going to get any better.” I explained about the aggressive treatment but Dad interrupted me in mid sentence.  “What are my options?”

“Here it comes,” I thought and took a deep breath. The doctor says that you could go into hospice.” I waited. I knew that even in his weakened condition Dad could still roar.  So I waited to hear, “Hospice is suicide!” But the roar never came. Instead he said, “Tell me more.”

I took his hand and told him that hospice was a pleasant place, that the staff was warm and caring and that their mission was to keep the patients comfortable and pain-free.

“Sounds good to me,” Dad said, as he was about to drift off to sleep.  I bent down to kiss him and told him that I was off to find a bite to eat. He looked up, smiled and pulled me closer.  “Go to the north cafeteria,” he whispered. “The coffee there is free.”

A few days later, Sam was admitted to Hospice by the Sea in Boca Raton, Florida.  It was beautiful, bright and cheerful,with rooms that opened on to lovely gardens and patios.  There were snacks available for family members who were encouraged to come often and stay as long as they liked.  There were cots that could be placed beside the loved one’s bed so that friends and family could spend the night. And they even had a parrot named “Elvis” who loved listening to all the different cell phone ring tones and melodies that everyone enjoyed without the usual hospital restrictions.

Yet more than the place, it was the people who made all the difference.  Each hospice nurse was trained not only in medical procedures for alleviating pain, but in the equally important area of relationships. Staff and volunteers explained the process of dying to us in terms as beautiful and loving as any poem or song ever written. The staff doctor and rabbi were available to us and pamphlets explained what needed to know .  When things became difficult between family members, a staff member was ready to find a private space to mediate the problem. No one was ever too busy to give us a hug or hold our hands.

Most important, Dad relaxed.  He smiled, talked, and when he could no longer speak, he listened with knowing eyes as we shared precious memories and told him that we loved him.  His sons and his best friend were with him when he passed away.

Dying is never easy, not for the person experiencing the end of his life or for the family who will miss their loved one so much.  Yet Jewish traditions teach us that death is a part of life. As natural as it is to be born, so is it natural for us to pass on. Our Jewish mystics, the Kabbalists, say that our loved ones are welcomed on the other side by family and friends who have gone before and that everyone meets and greets around the “reunion table.” For me the pain of passing on is alleviated somewhat by this vivid and joyous image.

The wonderful people at hospice helped our family cope with the complex emotions that are a part of terminal illness. They renewed my faith in the goodness of people and in the presence of a loving and compassionate God.  In the Torah we read that after his wrestling match with the angel, Jacob exclaimed that “God was in this place and I… I did not know.” Like Jacob our family had an eye –opening experience. In the loving arms of hospice, we felt God’s presence and God’s grace.