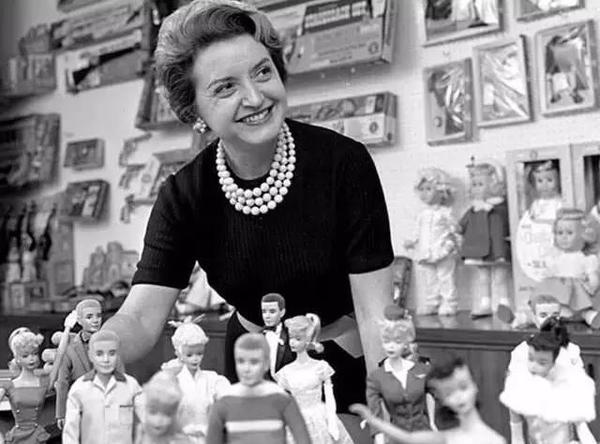 October is Breast Cancer Awareness Month and a great part of that awareness comes from none other than the Barbie doll. 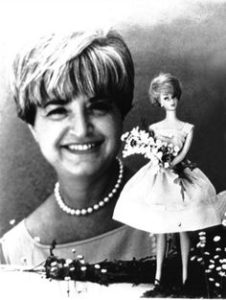 Barbie was brought to life by a young Jewish woman, Ruth Mosko Handler. Ruth’s parents were Polish Jewish immigrants. Her dad was a blacksmith who deserted from the Russian army and Ruthie’s mom, who was illiterate, arrived in the US in the steerage section of a steamship. A chemist by trade, Ruth worked in the plastics industry along with her husband, Elliot Handler. Elliot invented “Chatty Cathy,” the first talking doll. Ruth invented Barbie.

Sparked by the feminist movement of the seventies, Barbie was criticized because some believed that the doll was damaging to a young girl’s ambitions, and Ruth acknowledged that it was probably her impossible body that fueled the criticism. But what was special about Barbie wasn’t her dimensions. What made Barbie so unique was that she was the first doll that wasn’t a baby doll but a doll that allowed a little girl, in addition to being a mother, to consider doing something else as well. Imaginations soared with race car Barbie, doctor Barbie, police officer Barbie, hockey player Barbie, lawyer Barbie and an all-time favorite, astronaut Barbie, too.

In 1970, when Ruthie was 54 years old, she was diagnosed with breast cancer and faced what back then was a woman’s only option – a radical mastectomy. It was a time when few were open about a cancer diagnosis and support services were practically non-existent.  So Ruthie, the chemist with expertise in plastics production and the woman who invented a doll with breasts, invented a breast for herself. 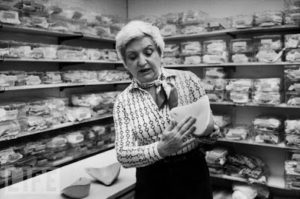 In 1975 Ruth Handler formed the Ruthton Corporation, the first company to design, manufacture and market the “Nearly Me” prosthetic breast. And all by herself, Ruthie trained a sales team of eight middle aged women, all of whom were breast cancer survivors themselves.. These women worked in department stores where they fitted women for prosthetic breasts and taught the existing sales staff to be sensitive and understanding to breast cancer survivors. Following years of national and international lecturing about early detection, including mammograms and self-examinations, Ruth Mosko Handler died in 2002 at 85 years of age. As a breast cancer survivor myself, I salute and thank this remarkable Jewish mother. May her memory be forever for a blessing and may she rest in peace.