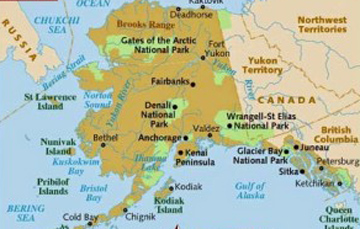 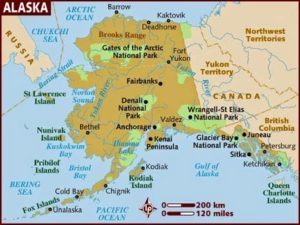 They live five thousand miles from New York City and they call themselves the “Frozen Chosen.” They are Alaskan Jews who make their home in the cold North Country and who have carved a vibrant Jewish community out of mountains and glaciers, oceans and forests in our 49th state. For one month, beginning with Rosh HaShanah and concluding with Simchat Torah, I had the opportunity to serve these hardy Alaskan Jews as visiting rabbi for Congregation Sukkat Shalom in Juneau.

Like most folks who prepare for a long journey to parts unknown, I used the internet to learn more about what would become my Alaska adventure. I googled photos and videos, articles and slide shows to see what Alaska would be like. Once I arrived I realized that the computer could not do justice to the magnificent natural beauty that was mine to enjoy each day for 31 days. And Juneau’s unique synagogue was at the top of the list.

Synagogue Sukkat Shalom was founded as a chavurah many years ago but it wasn’t until 2005 when the congregation was able to purchase its own building – an unusual structure built on the trestle rails of what was once the railroad track for an active gold mine. Imagine the setting – a long, narrow building more than ten times as long as it is wide, secured on trestle rails high above a deep gorge. A congregant’s architect daughter and her students designed the sacred space to conform to the natural beauty of the area. The result is breathtaking. Synagogue Sukkat Shalom, surrounded by glass on three sides, literally wraps the congregants in a panorama of majestic pine trees, verdant mountains and rolling sea. Imagine reading about the creation of the world at the very moment that you are immersed on all sides in nature’s beauty!

It was an honor and a joy for me to serve the Sukkat Shalom congregation and I enjoyed leading services and teaching the children in the after-school program as well. I learned that Alaska kids, living as they do in the rugged mountain country at the top of the world, are strong and confident. Putting up the sukkah was no problem for these eight, nine and tend year olds who worked outside in the pouring rain to get the job done. In a climate where rainy days are the norm for much of the year, Juneau Jews echo the sentiment of most residents when they say, “If you don’t put on your boots and slicker and get outdoors, you’ll never get out at all!”

Alaskan Jews, the Frozen Chosen quietly have been securing their own place in history for more than one hundred years when the first Jews came northward in 1898. Ernest Gruening, Alaska’s first governor and the first senator, was Jewish and four of Alaska’s magnificent mountains are named after Jews. You’ll find a Star of David window in Alaska’s most famous Christian church and more recently
Alaska Airlines assisted in the airlift of Yemeni Jews to Israel. Today there are 6,000 Jews in the entire state, concentrated in three major cities – Anchorage, Fairbanks and Juneau 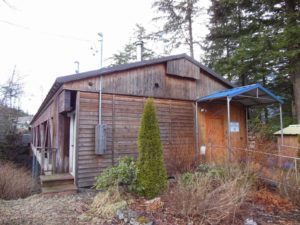 After having spent one month in Juneau, I understood how “Sukkat Shalom” is the perfect name for this Alaskan synagogue. “Sukkat Shalom” means “shelter of peace,” and indeed I felt sheltered by the love and caring of this marvelous congregation. It was the “meshpucha” feeling times ten as members of the congregation opened their homes to us, guided us on the trail to the Mendenhall Glacier, and made certain we saw giant whales swimming in the Pacific Ocean. On our last day in Juneau, our hosts pushed us out the door just in time to see a towering mother bear, nearly seven feet tall, frolicking with her cub beside a mountain stream.

It was at that stream, called Gold Creek, where we tossed away our sins during the Tashlich service. As October rains poured down, the rugged Alaskan Jews in Juneau carried on as though the sun was shining. Dressed in orange, yellow and neon green slickers, “wader” boots and hoods, nearly 50 hearty congregants linked arms to sing “Hi ne ma tov,” How good and pleasant it is, here in Alaska, when we not only “sit together,” but walk together, hike together, trek and schlep together as brothers and sisters at the top of the world.