Lag B’ Omer: An Opportunity for Interfaith and Inter-denominational Understanding 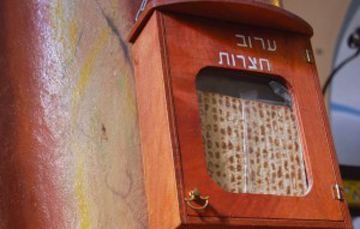 The festival of Pesach is behind us. We’ve wiped the wine stains from the Haggadot booklets or, if we used special dishes, they are now put away. Finally the bread and cookies are back in the pantry and with a smile of satisfaction and relief, the most popular of all the Jewish holidays is a pleasant memory.

But between now and the Festival of the Ten Commandments or Shavuot, which falls this year in early June, there is a little holiday that can make a big difference for interfaith and inter-denominational families. “Lag B’Omer” is its name and it carries with it the possibility of building bridges between and among Jewish partners and families who share their lives with those of different Jewish denominations or with those of different faiths.

Let’s start with the basics. Between Passover and Shavuot there is some counting going on. The counting began on the second day of Passover and continues for 49 days when it stops at the holiday of Shavuot. This activity has a special name. It’s called “Counting the Omer.”

Back in ancient times, an “omer” was particularly important because it was an important unit of measure to determine the size of a stalk of barley.

Author Francine Klagsbrun, in her book, “Jewish Days – A Book of Jewish Life and Culture around the Year,” offers an anthropological explanation for the Omer period. Klagsbrun writes, “Many (ancient) peoples had similar periods of restraint in the early spring to symbolize their concerns about the growth of their crops.” These periods were less joyful and were often characterized by rites of sadness or mourning.

Indeed it makes sense that back in ancient times farmers might obsessively measure the girth of their barley crop each and every day, counting, and counting, then waiting and hoping that the crop would survive.

Later on the Counting of the Omer and the festival that occurs on day number 33 or “Lag B’Omer” took on a different meaning.

In the Talmud we read that during Omer period twenty-four thousand of Rabbi Akiva’s students were killed by a mysterious disease. There was only one day when lives were spared. On the 18th day in the Hebrew month of Iyar, which was the thirty-third day of the Omer or, “Lag B’Omer,” incredibly no lives were lost. Naturally there was great rejoicing since apparently the horrible plague had ended. To commemorate what seemed to be a miraculous event, our sages decreed that “Lag B’Omer” become a day of celebration.

Rabbis interpreted the tragedy as God’s way of admonishing us Jews for our serious lack of respects for one another. According to the sages, the miracle that occurred on Lag B’Omer was God’s reminder that genuine respect and appreciation for the differences among us can change the course of history.

This year the 18th of the month of Iyar, or the festival of Lag B’Omer begins on Wednesday evening May 18 and continues until sundown Thursday, May 19.  A perfect day to set aside the denominational differences that separate us and focus on a new idea, grounded in Jewish pluralism, that maintains that “labels are for the jelly jars, not the Jews.” 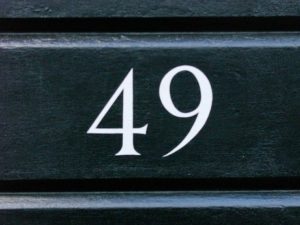 For traditional Jews, Lag B’Omer is the only day in the 49 day Omer period when weddings are permitted. Given the meaning behind the festival, Lag B’Omer is a wonderful day for modern Jewish families to celebrate an interfaith wedding or the anniversary of an interfaith event.

But even if nuptials are not on your calendar for May 18, a variety of activities can mark the special significance Lag B’Omer has for inter-denominational or interfaith families.

In Israel, Lag B’Omer is a day for picnics and bonfires. In fact, some of these fires are so huge that they can be seen by the satellite cameras thousands of miles up in space. Throughout the world, interfaith and inter-denominational families can light their own fires – literally, with the bonding of a camping experience or figuratively by lighting the fire of acceptance and appreciation e among Jews of different backgrounds.

Synagogues can set aside their denominational differences so that conservative, orthodox and reform congregations along with humanistic or secular groups can share a common event.

Within families interfaith partners can be warmly embraced, asking that, in honor of Lag B’Omer, everyone put to rest any residual animosity related to children or grandchildren “marrying out.”

Could it be that on Lag B’Omer God saved the Jewish people in order to remind us that there is only one thing worse than the oppression of the Jews by others, and that is the oppression that one Jew does to another Jew through gossip, slander and disrespect? If so, it is indeed a timely lesson. 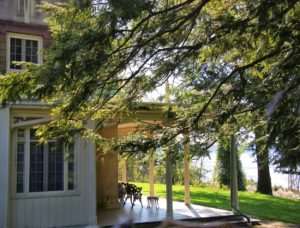 Today it is not necessary to understand that an Omer is a way to measure a barley branch. It’s more important that we understand the meaning behind the custom.

The little festival of Lag B’Omer reminds us that when Jewish families treat everyone within the family circle with love and respect, we will be rewarded with the blessing of “Shalom Bayit,” peace in our homes. Lag B’Omer gives all of us the opportunity of moving forward or making a brand new start.